Caregiving: The Grief Process: Part 3 (of 6) 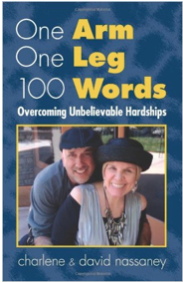 An excerpt from my book, “One Arm One Leg 100 Words, Overcoming Unbelievable Hardships”

Bargaining
The third stage is bargaining. I suspected that Charlene was trying to bargain with God that if she did such and such a thing that He would heal her. (I often saw her praying and crying in her room with her Bible open.) Commonly after a loss, bargaining may take the form of what is called a temporary truce. For example, “What if I devote the rest of my life to helping others? Then can I wake up and realize this has all been a bad dream?” I suspect that some form of this dialogue was going on in her head with God.

We become lost in a maze of if only… or what if… statements. We wanted life returned to what is was. In Charlene’s case, I’m sure she wanted to go back in time, choose the correct hospital, and get the proper medication that would have made her normal again. Guilt is often the bargainer’s companion. The if onlys cause us to find fault in ourselves and what we think we could have done differently.

But she finally came to a point where she realized that God is sovereign and He allowed the stroke to happen for a reason. Her faith was extremely challenged and so was mine. It is very easy to have faith when all is well, but you discover how much faith you really have when tragedy strikes.

We believed that God had a purpose in all of this, and that Charlene would be healed soon. Our prayers were very selfish bargaining prayers back then, and yet God was always there for us. Even if He didn’t quite answer the prayers the way we wanted, He gave us what we needed instead. I know that I felt His presence every single minute. I felt like that famous picture of the two footprints in the sand. And then there were only one set of footprints during the most difficult of times. That was because He was carrying me in His arms. As I stated in an earlier chapter, I felt like I was floating on air, like my feet never touched the ground during those tough years.

Guilt
Some therapists believe that guilt is a part of the third stage of bargaining, but others say it is its own fourth stage. I think Charlene wondered if she caused her own stroke by any lifestyle or behavior decisions that she made, however, none of the risk factors for stroke applied (high blood pressure, family history of heart disease or stroke, high cholesterol, heavy smoking and drinking).

The doctors never pinpointed a cause of the blood clot that caused the stroke. She might have felt a little guilty about not going to an urgent care doctor after the second day of her headache. I, on the other hand, certainly did struggle with a lot of guilt when I discovered that she probably would have been all right if only I would have had more knowledge about strokes. (To be continued) 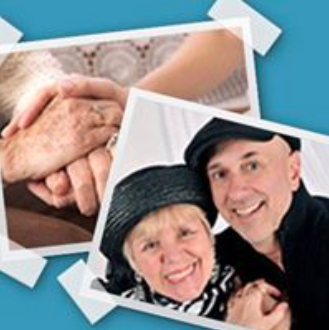